Welcome to the Mayflower Compact Patriots

We All Must Be Wise With Strength, Honor & Humility 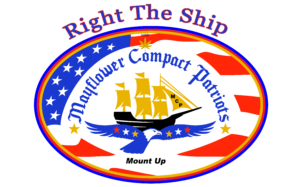 God’s Help is Easy to Find, Just Ask Him

When We Go With Jesus We Go FOREVER

My name is Steven Lee Katz (aka) ‘David Lee Stone’ (aka) ‘Stealth’ and (aka) ‘Stoney’ and I am one of the proud Founding Fathers of our new Political Party named the Mayflower Compact Patriots. And let me say this LOUD and PROUDLY now, I have been a Jew for Jesus since I discovered Gods Son when I was 6 years old. I’ll tell my story anytime anyone wants to know. Moving on, as the out-front spokesperson who is going to be spearheading our messages throughout our vast great Nation, and hopefully the entire world one day, I’m going to start out by telling you that we have Operation KAT MAN DUE which is going to bring to your families and businesses of all sizes across the country, much lower federal income TAXES and  ‘TRUE AFFORDABLE HEALTH CARE’. I solemnly swear I will do my HEARTFELT BEST to make these goals become reality.

Like our SLOGAN says, it’s time to 'Right The Ship'

For The Future of America

The time now has absolutely come that all Americans get educated about the Sherman Anti-Trust Act and the Clayton Anti-Trust Act, for these (TWO ACTS) are the starting point of breaking up the rampant collusion and manipulation going on in the medical, pharmaceuticals and insurance industries (Hat tip – Karl Denninger).

All the past presidents and their political parties could have and should have done what I am going to do with these POWERFUL TWO ACTS, which is to bring True Affordable Health Care to the entire Nation if I’m so blessed and honored to hold the highest office in the land.

I’m going to be asking you to have faith in a brand-new political party and then watch us use the TWO ANTI-TRUST ACTS/LAWS to put a stop to A Long Train of Abuses that have been wrongfully going on against hundreds of millions of Americans for decades.

If you really want True Affordable Health Care and a presidential candidate with a strong as steel BACKBONE ready to fight to bring your monthly insurance premiums down by at least thirty-three (33) percent, then please go and read our Mission Statement on how we’re going to make it happen. And let me make this clear, I will debate any democratic candidate at any time and any place because it’s that important the public hears and learns what a fighter I am for this righteous True Affordable Health Care CAUSE!  And if any democrats and especially including the ILLEGAL president in the White House right now, say that it’s not true or possible what I am sincerely telling you, then they haven’t done any research and don’t know what they’re talking about.  It’s that simple!

You must not fall, I repeat, you must not fall into the trap that Medicare FOR ALL is the answer, because it absolutely definitely IS NOT. Medicare FOR ALL will within its first year begin bankrupting our government treasury, plus it will cause a need to increase all Americans taxes by at least 35 percent, and large and small businesses by at least that, but probably much more.

We don’t need to set up a Medicare FOR ALL DISASTER, but rather use the Sherman and Clayton Anti-trust Acts as a starting point to get the hospital billing and the rest of the medical industrial complex world under some beginning lowering price controls. Watch for and listen to our future Podcasts that will go much more in depth on how it’s all going to work to bring the nation True Affordable Health Care.

The powerful TWO LAWS, The Sherman and Clayton Antitrust Acts are on the books and have been twice tested and UPHELD by the Supreme Court, so just realize this, the president can not be blocked by the congress or senate from using the Power of His Pen. With those TWO LAWS the president can now emphatically STOP all the collusion and monopolistic activities going on inside the conspiring out of control greedy insurance and medical industrial complex. The Two Hard Hitting Laws will be USED by our Administration whenever they are ABSOLUTELY going to benefit all the hard working Americans who are being beaten down by the greedy corporations and the well entrenched Wall Street gang of thieves who are tied to the hip of the BULL SHIT so-called Federal Reserve.  It’s time for a TRUE LEADER to protect the middle class from over taxation and being suckers and getting screwed regularly by THE POWERS THAT BE. WAKE UP SHEEP and TURN TO LIONS, or your DOOMED for the rest of your lives.

So now I hope it is totally and thoroughly clear how strong and important these TWO ACTS are in the overall big picture for beginning to bring TRUE AFFORDABLE HEALTH CARE to America. In conclusion, have faith that these TWO ACTS are going to be the first major steps I am going to use once elected to the office of the presidency, to begin to bring True Affordable Health Care FOR ALL.

All this democratic talk about FREE THIS & FREE THAT, are all pandering for your VOTES

Young people of America, NOTHING IS FREE, EVER, NOTHING!

And do you really think that ‘SOCIALISM’ is the answer to a better life?

Well ‘socialism’ is nothing but FOOLS GOLD, so don’t be FOOLED

It is now 2022 and it is time for all Americans and the ENTIRE WORLD to begin to understand how a true functioning energy efficient BLOCKCHAIN is key to all Crypto Currencies, and there is only one that meets all the complex challenges, and that is the Pulse Blockchain.

Naturally, this is not financial advice, so we recommend

you do your own due diligence and then decide for yourselves.

Please Study our ‘Mission Statement’ & ‘About Us’, and then we ask you to begin to understand in all sincerity how the Mayflower Compact Patriots want to ‘Right the Ship’ with our very logical & carefully well thought out ideas.

We are the strong mature needed Revolutionists for these modern times, and on DAY ONE I will humbly lead the fight for the CAUSE of bringing much lower federal income TAXES and Affordable Health Care to hundreds of millions of Americans.

Now permit me to ask you to think back to the start of our countries first American Revolution in 1776, July 4th.  The majority of the people of the original 13 Colonies were fed up with the taxation without representation, and now history has been repeating itself over many decades. This OVER TAXATION has to STOP, and as the leader of the Mayflower Compact Patriots I am going to solemnly promise to the hundreds of millions of middle-class Americans, LOWER TAXES & TRUE LEADERSHIP REPRESENTATION.

Allow me one last personal very important thought, and that is I would like to reach all the millions of young people of America, so I can DEEPLY INSPIRE YOU to help create a digital “GRASSROOTS” social media networking army who will help us successfully day after day spread the word Nationwide at the SPEED OF THOUGHT about the Mayflower Compact Patriots.

Young people of America, it’s absolutely your time in life right now to ‘MOUNT UP’ for a very important CAUSE that is going to positively directly help your family’s financial monthly savings by a consequential large amount of money. I’m going to tell you straight up that on DAY ONE we will begin to fight to lower your Health Insurance Premiums and outrageous upfront DEDUCTIBLE HIGH COSTS.

Talk first with your mothers and fathers and study together and learn from our ‘Mission Statement’ all about our logical needed ideas, and bring into the conversation all your friends and neighbors, and then do your best to spread the word to let everyone know about our new political party and how SINCERE, RIGHTEOUS & ETHICAL we are.  And then if I may add to your reading, please go and check out ‘About Us’ and study our BLOG carefully.

Have Faith and Believe in ALL that has just been Spoken

I basically have never been politically correct, so I’m not going to start now. Get those disgusting face diapers off of every child in the world. If any children have compromised immune systems then YES OFF COURSE, do all you can to protect them, but don’t PUNISH the hundreds of millions of strong healthy children. And don’t get me started on this CRT crap that these school boards are pushing in schools for children to have to think about if they are a boy or a girl. This is utterly confusing and if not down right brainwashing your young kids. The sick twisted perverted and immoral world that the illegal so-called president joe lyin` biden is leading America down, MUST BE STOPPED! And even worse if not totally crazy and sicker, is the idea that men can get pregnant and have babies.  YEAH RIGHT, so maybe Trans-perv-tatious Peetie boy/girl Buttlegieg would like to explain that sick and twisted idea to us Americans who are out of touch and step of what we normal human beings were taught and actually learned for ourselves with just observation of logic applied to and of the human anatomy.

When We Go With Jesus We Go FOREVER 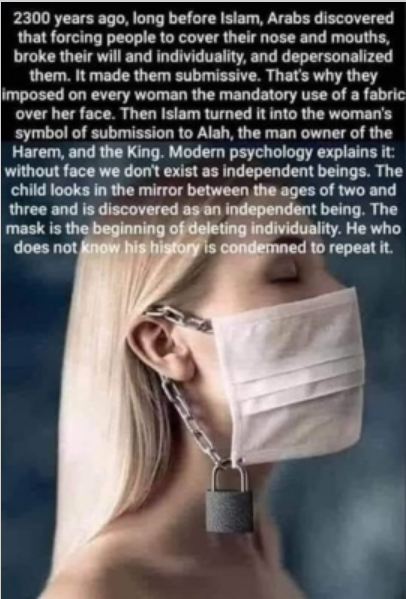 We are Not Alone in the Universe