Menu
NO DONATIONS WANTED! THANK YOU 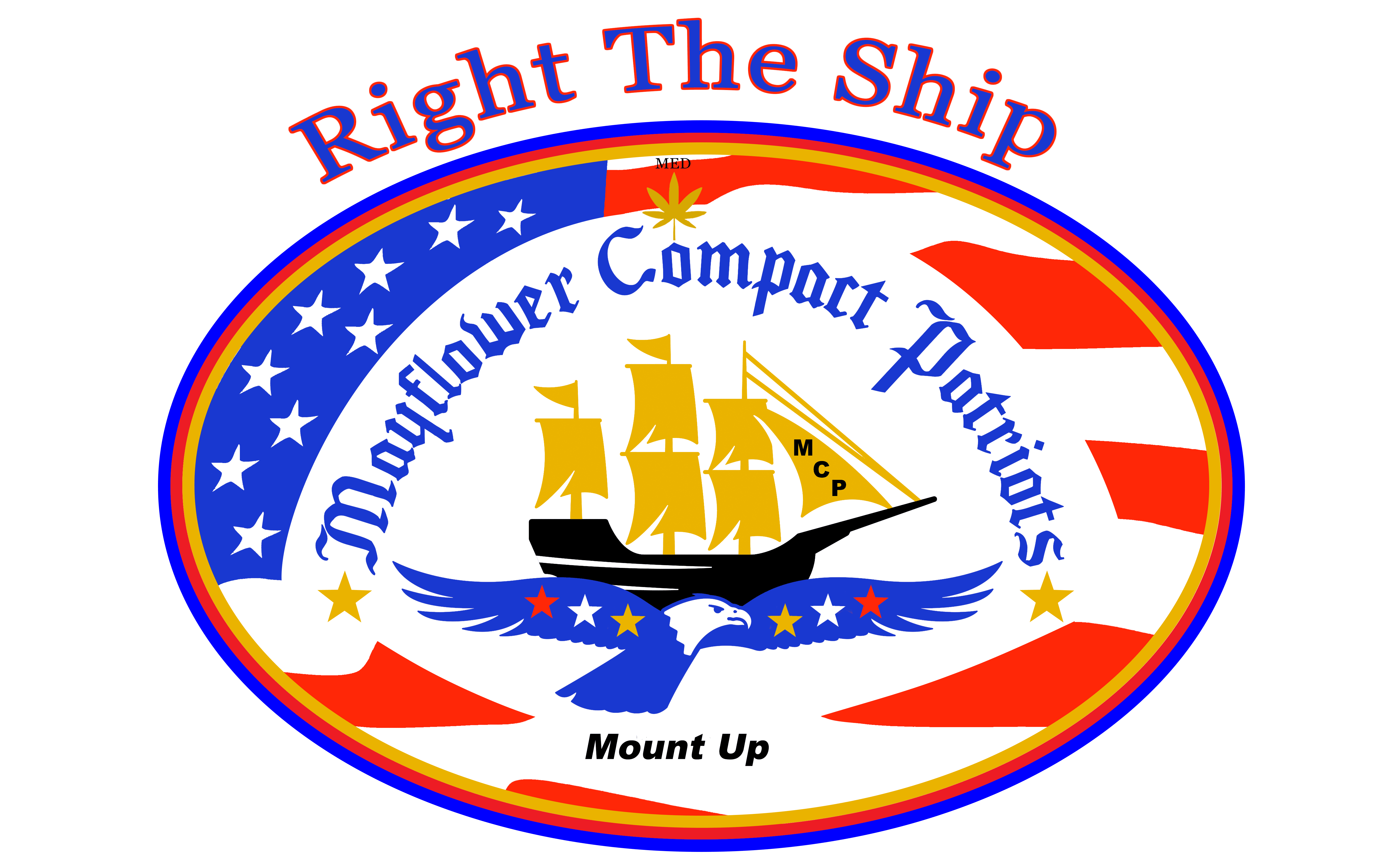 In late January of 1999 my two Israeli friend’s/tight confidential working associates asked me if I would use my skills of ‘Human Forensic Analytical Studies’ or another name for it ‘PROFILING’, on a Russian gentleman named Vladimir Putin.

I knew absolutely nothing about this man whatsoever, but after they explained to me in great detail that the present President of Russia, Boris Yeltsin, was on the verge of being more or less purged due to varying extended circumstance for the countries security, I became intrigued about the goings on inside the political world of Russia, and immediately accepted my two Israeli friend’s request.

And now twenty years later I’m still paying attention to Mr. Putin but the key to my observing him was all taking place in that wild political ride for him in 1999. In a sense, here’s a man in my humble opinion (and no disrespect meant) that was plucked from obscurity and being back then put in the position without any fanfare whatsoever of becoming the next President of Russia.

Into about the fifth or sixth month of my task of learning all I could about Putin and the situation he was in, my Israeli associates asked for my read on what I thought was developing on the man and his country. Myself and TB along with some very heavy assistance of collecting valuable information by Fitzy via his computer wizardry of deeper than deep use of search engines, and so many other amazing tools of his computer science tradecraft. And on top of all that cool stuff, a close childhood friend of mine who worked as a liaison specialist now inside Interpol in Scotland Yard, we all came together with the conclusion that the head bosses running the BIG TIME SHOW in Russia were favoring to put Vladimir in the hot seat verses some other men that were being considered for the top figurehead position.  The big question my Israeli Boys wanted an answer to, was WHY Putin, and we concluded that he seemed to be the most proven loyal man by his actions that came about when he backed up and stood by his previous political boss he worked for, who was under extreme pressure for criminal charges brought up against him and heavy fire elsewhere in St. Petersburg Russia.

TB had been my personal teacher and ‘Political Whisperer’ on the cut throat world of American politics almost from the first day we met in Acapulco, and now this new world of Russian politics was an entire new challenging experience for me, and I have to say it was that way for all of us when the task was asked of me to figure out all I could about Vladimir Putin.

I can easily over time carefully do my thing with my Human Forensic Analytical Studies, but the task put to me needed to be done in a short time span, and that was the serious challenge I faced.

In regards to this particular web pages title, ‘My Putin Connection’, well if I may just say it signifies that for many years I’ve been trying to figure him out and observe all of his political and just every day moves and actions a man would be doing and making in his very well guarded/secretive life.

One interesting and pleasant connection for me was, Mr. Putin spent some important political controversial time in a city where my mom’s sweet mother grew up, although my mom told me she really couldn’t tell me much about her mom’s childhood experiences growing up in St. Petersburg, other than her family was very poor and struggled but like all Russian people, were proud and strong.

And carrying the idea of my Putin Connection a step further, well I’m damn secure in saying that I know the man well enough after all these years, albeit from a distance closely studying him, that he and I have many similar ways of thinking and viewing the world in many senses from a geopolitical point of view, and on the other side of the spectrum, from a man’s point of standing alone.

Now let’s cut to the chase America, not one democrat running for their parties’ seat in the 2020 forthcoming election to be in the presidential general election, has brought up the topic of “WORLD PEACE”.

Let me be very blunt, NO ONE IS GOING TO WIN A NUCLEAR WAR, and I know from almost twenty years of studying Vladimir Putin, that he no more wants any kind of war or especially an insane NUCLEAR WAR than any normal rational thinking military or any other world leader.

Somewhere around early November of 1999, I told all my guys, T, Fitz, the Boys, my two Israeli brothers in arms plus my good close liaison friend in England, that Putin was going to be given the highest honor in Russia.  When asked and even challenged by my Israeli friends why I came to that conclusion, I told them I could just see and feel the difference between Putin and the other men that were being considered to take Yeltsin’s place.  But I also told them I could see and sense the strain that was going on in Putin’s life at the time, meaning from careful observations of hundreds of photos and other news media videos Fitzy was able to consistently assist me with, I practically could just read and feel what was going on in his life and total aura and being.  This was the world of my sixth senses and clairvoyance abilities kicking in, along with my good fortune of learning and studying from various books and listening to volumes of tapes about the human medical and physical tells by an astonishing brilliant man named Edgar Cayce.

It turned out I was luckily perhaps correct in what did happen for Putin, and over many years he’s learned and adapted well to being the SOLE BOSS in effect of his beloved country, Russia.

I’m still studying Putin and even more than that without mincing words, I began writing to him through back channels which were really not in any kind of sophisticated difficult ways for me to connect with. This all began in the fourth quarter of the year 2014, and has been going on right up until this moment, (November 26, 2018) and will continue, Hell or High Water Cometh. The fact is, I’m going to be putting myself on the line by running as an independent candidate for the President of the United States, so I’m already clearly imagining in my mind the possible attacks coming my way from conspirators saying I’m colluding with Putin. I said it before and I’ll gladly say it again, I want to bring a strong everlasting peace treaty between Russia and the United States, and then go on and make a better nuclear deal to halt the build up of any future nuclear material that could be used for weaponry by Iran. I speak my mind with him and have no qualms or hesitations, and I do this because I know the world is in serious danger from a very reckless nuclear negotiated deal given to Iran by Obama and John the fool Kerry. And I’ve got to include Obamas vice president, Joe Biden as having some involvement in that give away nuclear deal. All of America should take note and be aware that Biden is a pure TRAITOR to us all, and a complete ignorant and total incompetent human being. And on so many occasions he’s been caught in lie after lie but gets a constant free pass from Americas corrupt main stream media. EFFING shame on them all, but I can’t blow off much steam here but God willing, one day I will legally go after them all. And now permit me to conclude these thoughts and that is in the most sincerest way possible, is that Joe Biden and his entire criminal family will be exposed for what they are, and all be indicted, prosecuted and brought to the strongest form of justice they deserve. Biden and his drug addict son have sold out America to multiple countries, but in the worst transgression he’s gotten away with is China and Ukraine, who both control him completely with documents and witnesses that would destroy Biden and his sons patriotism to border on TREASONOUS ACTIVITIES, and God forbid if this perverted creep becomes president one day, then our country will become more divided than ever, and suffer horrible economical and division like never before imagined. Nuff Said for now, but not forgotten one bit.  This may be a strong condemnation of these two men, but I’m sticking to it! (The above thoughts were posted on our website in late 2019)

All TRUTHS will be coming out in the future PODCASTS that I will be doing, but make no mistake, I’m going to be going after with guns blazing at whoever is the democratic nominee, for their total failure of not having one clear vision about the dangers that are lurking from a disgraceful giveaway nuclear deal given to Iran.

I only ask that people all around the world and especially in my country, understand clearly that my personal goal is to bring on a World Wide Peace initiative, and that will start with Vladimir and I taking the first important needed steps of making a strong nuclear peace treaty between our countries.

From my future PODCASTS to our Trilogy, and to what has been spoken about in our Web Page, you have to clearly understand my good intentions to bring about a much stronger and saver nuclear negotiated deal with Iran, and I’m going to be making the case to Putin face to face rather than the many E-mails sent to him over the past five years, if I’m so blessed to be the next President of the United States.

And again, if I am Honored and my Fortune comes to Pass,

Then I will meet with Vladimir Putin Immediately

To Begin the Needed Moves for World Peace