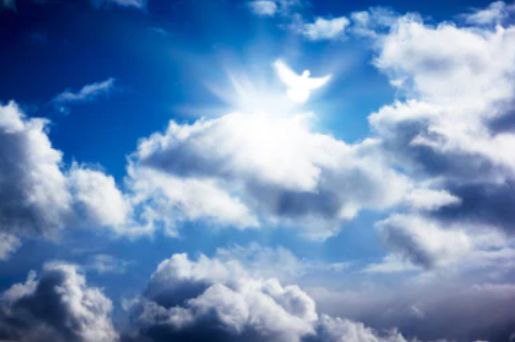 There’s no way I could have seen coming my shocking life or death feverish paced ending of my time living and working in Acapulco. Now I could sit here and think nothing in my young life could have ever prepared me for what was happening, but that experience is now deeply in me, and will never fade.

If not for luck, along with amazing good-hearted strangers and one damn good trusted friend in American Airlines, well I don’t know or want to even imagine how I would have escaped the hunt for me by the Federales.

I remember like it was yesterday as I was getting off of the American Airlines Jumbo jet at the Dallas International Airport, I am walking down the area that is converging with other planes passengers and I’m alongside lots of people packed in and walking in every direction. When I finally figured out where my next connecting flight was to take me to my final destination, Michigan, I could feel my chest area going into one of my occasional heart palpitation experiences. Usually, I could just stay still and let it run its course and then carry on in life but my instincts kicked in and I decided to grab the first open seat I could and ride it out sitting there. I know to just stay calm, relax myself and just let these flutters and rapid heart rates and slower speeds at times just run their course. These events have been happening since I was maybe ten years old and once I learned from talking to doctors when I was a teenager that millions of people suffer from the same experiences, I adjusted my minds deep inner thoughts and controls to just accept my heart condition and never let it freak me out and get the best of me.

Within less than one minute it was over and I soon just began people watching and started observing a lot of soldiers walking passed me, who were I believe just returning from Viet Nam. They immediately made me think about my new, TB, who I met in Acapulco over a year ago, and how he explained to me that coming home was not really a good experience and how he felt people looked at him strangely in his military uniform. Then in the middle of my thoughts four young soldiers walking together sat down right across from me. I pulled my legs inward so they would have enough room to get past me and they all nodded a thank you. I felt compelled to just say hello and give them a friendly face to greet them.  One of them lit up a Marlboro and asked me if I would like one but I said no thanks. (Remember, this is 1974 and you could smoke anywhere, even on an airplane.)

I probably would have accepted his offer but the recent heart palpitation episode was well enough a reminder that for the time being I needed to just relax and do without any smoke or nicotine in my body, and especially in my lungs.

Just in a natural way the five of us just started talking about Major League baseball and that a new season had just started and that we were all looking forward to going to a game sometime during the summer. I felt so comfortable talking with these guys and it felt like we were all just trying to forget what we just came from. . .Well I did at least, but I knew in my heart that whatever they just left and had experienced was far more stressful, dangerous and deadly on a constant daily basis, of that which I just experienced 72 hours earlier, in a knife fight with a punk who I walked in on when he was robbing my little room with all my worldly possessions.

Thinking back to the times of this past year what I was able to get TB to talk about from his Viet Nam experience, well I could only imagine what and how these four young guys felt.

In a very natural conversing way, I asked the question how old they were and found out we all were right around the same age. It was nice talking with these guys for many reasons, one being they helped put things in perspective for me and made me realize how fortunate I was to flunk my army physical for Viet Nam in 1968 and from then on never have to worry about being sent to Viet Nam.  I also realized how lucky I was to be free to travel around our country, not having to fight in some far away God Forsaken jungle and face the chances of death like these brave young guys were probably put in at one time or another.  It crossed my mind that whatever they experienced would stay and be with them for life but I hoped it wouldn’t cause too much mental strife.  After sitting together for a good ten minutes, it was time for me to keep on the move, so we said our goodbyes and good luck to each other. I guess as a camera man and dark room developer, I gained a sort of keen eye on human facial and body language behavior. So in so saying that, I really felt something sad coming out of them, but in one in particular.  I thought maybe he was carrying with him some horrible memories that he couldn’t shake but I was only surmising that and truly had no clue what was happening inside his mind.  I just remember thinking again separately for him, that God give him strength and help him in any kind of way possible.

That short sit-down chat affected me in a very positive way, helping me hold my head up high even though I was feeling pretty low from leaving Acapulco after doing everything I could to be successful with my fish business, but falling victim to forces I just couldn’t overcome.  Maybe back then I was being too hard on myself but again, those young Vets helped kick start my overall feeling of my life forces of strength, and that was unbelievable good timing for me.

The culture of Mexico was far more primitive and life hardening and because of that life of major ups and downs of stress I was in, I learned some incredible lessons that I am grateful for. What I just lived through in Acapulco would carry on with me throughout my life and those experiences would now make me believe that any goals that I set for myself living back in America were far more attainable. And actually, down right easy to succeed in once I began some new adventure.

Talking with these young guys and remembering all my conversations and crazy activities with TB, made me again realize how lucky I was and ready for whatever life would bring my way from this day on.

As I sat in my seat on my final connecting plane, I couldn’t wait to finally be in Michigan, to be back home with my mom, dad and brother and just enjoy the simple things in life and not dwell on the incomplete goals that took place in Acapulco.  I’m alive, I made it out with help from God I’m sure and now I had to just get on with life and not dwell on the negative.  It was going to be alright for me and I sincerely hoped the same for those Vets I just met and talked with.  I remember asking God to watch over them, I really do.